Data and Safety Monitoring Board

Neurophyxia has a Data and Safety Monitoring Board in place for each of its clinical studies, which primarily monitors the safety of the patients in the clinical studies, independent from Neurophyxia. The board is composed of 3 (clinical and statistical) experts from various countries.

Until 2015, Frank was a full professor and director of the Department of Neonatology of the University Medical Center in Utrecht, The Netherlands. His research is focused on mechanisms of perinatal brain damage and, related to this, neuroprotective strategies involving pharmacological neuroprotection as well as neuronal regeneration using stem cells.

Besides his directorship of the Department of Neonatology, he is also a member of the Management Team of the Division of Mother & Baby, including the Departments of Obstetrics, Neonatology, In Vitro Fertilisation and Gynaecology, and the PsychoNeuroImmunology Laboratory and has various teaching tasks. He was chief-editor of the “Dutch Ultrasonoor Bulletin”, of the “European Journal of Ultrasound” and of the “Dutch Journal of Paediatrics”.

Currently he is a member of the Editorial Boards of “Neonatology”, “Current Paediatric Reviews” and “Anales de Pediatria” (Spanish). He is reviewing many manuscripts of various international peer-reviewed journals. Professor Van Bel is member of the American Society of Paediatric Research and European Neonatal Brain Club and has various professional connections with other European and American research groups in the perinatal field (Gothenburg; Copenhagen, Zürich, Leuven (Belgium), Sienna (Italy), Los Angeles (USC) and the University of Stanford.

Floris completed his medical education at the Medical School of the Erasmus University Rotterdam, the Netherlands in 1984.
From 1984-1986 he worked at the Institute Physiology I of the same university, which lead to his PhD thesis entitled: “Perinatal hypoxia and visual functions in infants and children” in 1988.

In 1994 he spent his post-doc period at the Department of Physiology of the University of Pennsylvania PA, USA. The main focus of his scientific research is early detection of neonatal brain injury (including MRI techniques) and neuroprotection. He has obtained grants from different sources including The Netherlands Organisation for Health Research and Development ZonMW. Dr. Groenendaal has been involved as co-promotor in 11 PhD studies, Publications cited in PubMed include more than 300 papers. 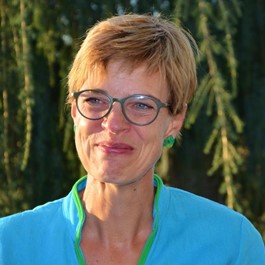 Janneke graduated cum laude in medicine from the University of Amsterdam in 1994. She performed her PhD in 2001.
For this PhD she investigated the neuroprotective effect of calcium antagonists in stroke. She became a neurologist and after that completed training for intensive care leading to a registration as neurologist-intensivist in 2005. Currently she is working at the Intensive care unit of the Academic Medical Center in Amsterdam, the Netherlands. Her special interest is diminishing brain injury after cardiac arrest and optimal prognostication in patients with postanoxic coma. She is (co-)author of more than 130 manuscripts in peer-reviewed journals. In 2013 she was nominated Principal Investigator in her academic center. She was part of the steering group of the international multicenter study group on target temperature management (TTM trial) after cardiac arrest. Finally she was involved in the international recommendation on prognosis after cardiac arrest.